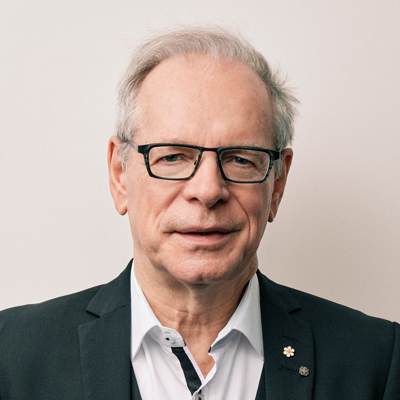 In 2019, Simon Brault’s mandate as Director and CEO of the Canada Council for the Arts was renewed for four years. He has been at the head of the Council since 2014. He came to the position with a full understanding of his role, having served as Vice-Chair of the Council’s Board of Directors from 2004 to 2014.

Also in 2019, Simon Brault became the first Canadian to be elected Chair of the International Federation of Arts Councils and Culture Agencies (IFACCA). He was appointed for a new term in 2021. He has been a board member of IFACCA since 2016.

Mr. Brault has been active in the cultural sector for over 30 years and has been a driving force behind a number of major projects. Notably, as Administrative Director and Director General of the National Theatre School of Canada, he coordinated the ambitious project of restoring Montréal’s historic Monument-National.

He has held key positions in national organizations and has participated actively in initiatives such as the Agenda 21C de la culture au Québec. An initiator of Journées de la culture, he was also a founding member and Chair of Culture Montréal from 2002 to 2014.

A much sought-after speaker, Mr. Brault delivers many speeches every year at national and international venues, addressing the economic and social contributions of the arts and culture.

In 2017, he represented Canada as a cultural expert at the first G7 on arts and culture.

Simon Brault has received numerous distinctions for his commitment to the social recognition of the arts and culture. He is an Officer of the Order of Canada, an Officier de l’Ordre national du Québec, a Fellow of the Ordre des CGA du Québec and the Ordre des CPA du Québec, and he is a recipient of the 2009 Keith Kelly Award for Cultural Leadership. In 2015, he received the Ordre des CPA du Québec’s prestigious Outstanding Achievement Award for bringing together “two worlds that were once disparate—the arts and business—an alliance that significantly benefits society at large.”

Watch the video - Simon Brault on the arts
Back to top