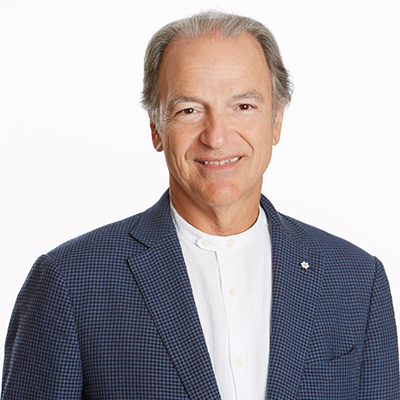 In 1982, Mr. Lassonde co-founded the Franco-Nevada Mining Corporation, the first publicly traded gold company. In 2002, the company merged with Newmont Mining Corp to become the world’s largest mining company. Mr. Lassonde was made a Member of the Order of Canada in 2002. The National Assembly made him an Officier of the Ordre national du Québec in 2008; in 2019, he was made Grand Officier.

Mr. Lassonde is an active and engaged philanthropist in both Canada and the United States. He sat on the Board of Directors of Opera Colorado from 2003 to 2008 and was, until December 2016, Chairman of the Board of the Musée national des beaux-arts du Québec. He has donated to institutions such as the University of Toronto, College Marie-Clarac, the University of Utah, Ecole Polytechnique, the University of Western Ontario, Ryerson and York University as well as the MNBAQ.

Pierre Lassonde has been appointed Chair of the Board of the Canada Council for the Arts for a five-year term effective July 28, 2015 to July 27, 2020. 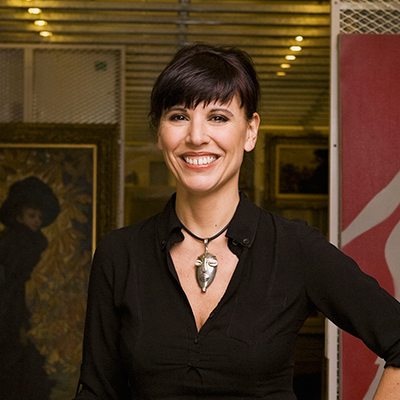 Art historian Nathalie Bondil, a specialist in Canadian and French art, is the Director and Chief Curator of the Montreal Museum of Fine Arts. Under her leadership, the Museum has doubled attendance rates to 1.3 million visitors a year and opened two new pavilions, one in 2011 and another in 2016. The Museum has also built an enviable reputation for its design, production and exportation of dynamic exhibitions around the world as well as its civic engagement and educational, social, musical and art therapy activities.

Nathalie Bondil has received many distinctions during her career, including: the Peter Herrndorf Arts Leadership Award (2018); the Femme d’affaires du Québec award in the “manager of a not-for-profit organization” category (2017); the Assemblée nationale du Québec medal (2016), the Prix Camille-Laurin from the Office québécois de la langue française (2015); the Médaille Jacques-Cartier (2014) and the Prix Samuel de Champlain from the Institut France-Canada (2012); the insignia of Knight in the Order of Arts and Letters of the French government (2008, promoted to the rank of Officer in 2016); two honorary doctorates – McGill University (2013) and the Université de Montréal (2015); Member of the Order of Canada (2015); Knight of the Ordre national du Québec (2011); and Knight of the Ordre de Montréal (2018).

Nathalie Bondil’s term as Vice-Chair of the Board of the Canada Council for the Arts was renewed for five years, effective June 6, 2018 to June 5, 2023. 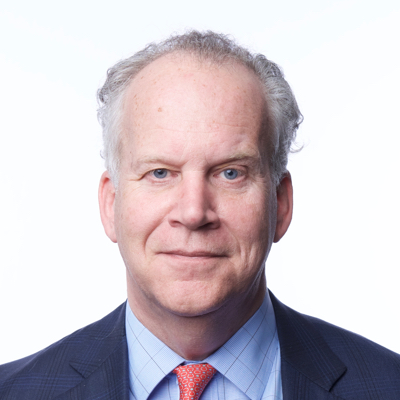 David Binet is the President and CEO of the Woodbridge Company Limited and Deputy Chairman of Thomson Reuters. He is on the boards of directors of Woodbridge, Thomson Reuters, The Globe and Mail, and other businesses in which Woodbridge is invested.

David Binet has extensive not-for-profit governance experience. He has served as Chair of the National Ballet of Canada and serves on the boards of the Art Gallery of Ontario, Business for the Arts and the Council for Canadian American Relations. He is also Chairman of the Thomson Reuters Foundation, based in the United Kingdom, which is dedicated to promoting socio-economic progress and the rule of law around the world.

David Binet was appointed to the Board of the Canada Council for the Arts for a four-year term effective April 5, 2017 to April 4, 2021. 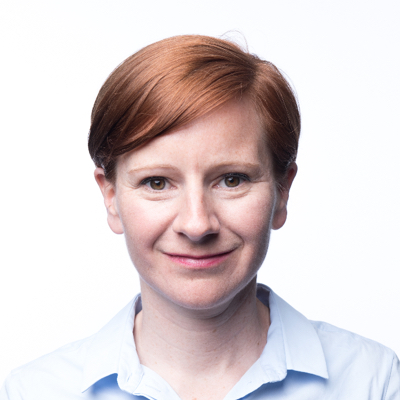 Jennifer Dorner is the Executive Producer of POP Montreal and has led arts organizations since completing her MFA at the University of Western Ontario in 2001. From 2014 to 2019, she was the Director of the Faculty of Fine Arts Gallery at Concordia University, where she was also the Manager of the Office of Community Engagement.

She was the National Director of the Independent Media Arts Alliance from 2005 to 2013, and has also served on the steering committee of the Canadian Arts Coalition.

Jennifer Dorner was appointed to the Board of the Canada Council for the Arts for a four-year term effective June 6, 2017, to June 5, 2021. 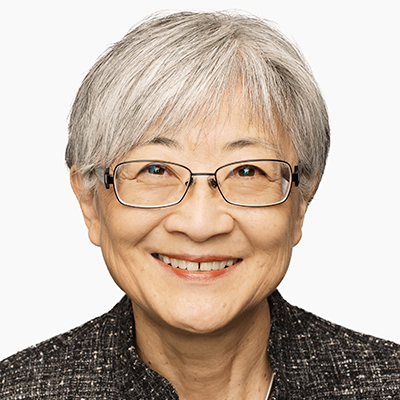 Beverley Foy, FCA, is a retired client service partner of Collins Barrow Calgary LLP where she provided audit, accounting and taxation services to private companies and their shareholders, and audit services to not-for-profit organizations. 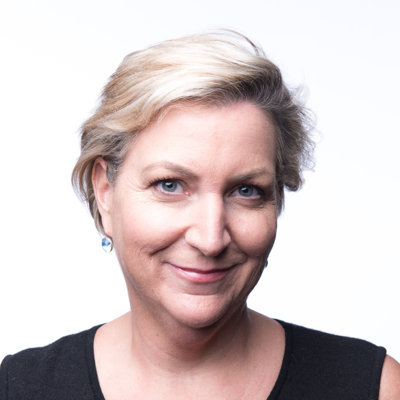 Cheryl Hickman is General and Artistic Director of Opera on the Avalon, which she founded in St. John's, Newfoundland and Labrador in 2009. A highly regarded and critically acclaimed soprano, she has worked with several opera companies such as the New York City Opera, Florida Grand Opera, Vancouver Opera, Calgary Opera, and the Canadian Opera Company.

Cheryl Hickman has received many awards and prizes, including from the George London Foundation, the Metropolitan Opera, and the Sullivan Foundation.

A graduate of the Juilliard School and University of Toronto, she is the current Chair of Opera.ca and sits on the City of St. John’s Arts Advisory Committee. She is also an advisor for Business and Arts NL and is Honorary Patron of the Atlantic Boy Choir.

Cheryl Hickman was appointed to the Board of the Canada Council for the Arts for a four-year term effective April 5, 2017 to April 4, 2021. 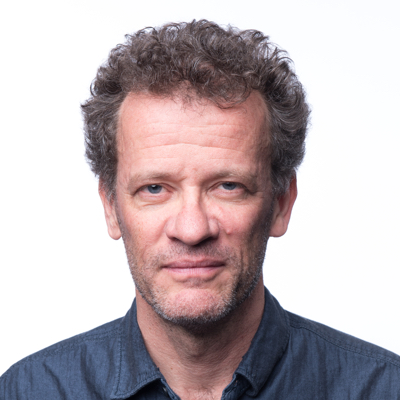 Yann Martel is a Quebecois writer who lives in Saskatchewan. His critically acclaimed novel, Life of Pi, won several awards, including the Man Booker Prize in 2002. The novel achieved worldwide success, with 13 million copies sold in 50 languages, and its movie adaptation by Ang Lee won four Oscars. Yann Martel has also written a short story collection, The Facts Behind the Helsinki Roccamatios, the novels Self, Beatrice & Virgil, and The High Mountains of Portugal, and a collection of letters to Stephen Harper, 101 Letters to a Prime Minister. He holds a BA in philosophy from Trent University (1986). Early in his writing career he received Canada Council grants, which made all the difference.

Yann Martel was appointed to the Board of the Canada Council for the Arts for a four-year term effective April 5, 2017 to April 4, 2021. 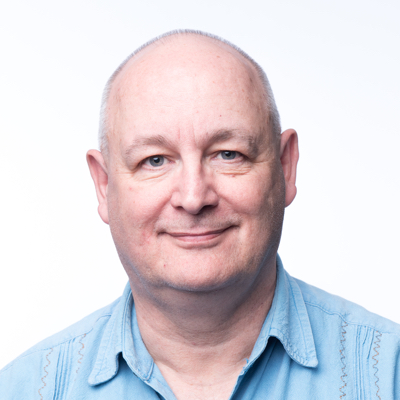 Ben Nind is a graduate of the National Theatre School of Canada’s English Acting Program. He has written, produced, directed and performed original works throughout the Circumpolar North for over 25 years. He is the founder of Stuck in a Snowbank Theatre and former Artistic and Executive Director of the Northern Arts and Cultural Centre.

He served recently as Co-Chair of the Northwest Territories (NWT) Arts Council and has been actively involved with northern artistic and cultural initiatives including the NWT Minister of Education, Culture and Employment’s Special Committee on Arts and Culture, and the Arctic Winter Games Cultural Program. He has been honoured as an individual member of the NWT Minister’s Cultural Circle.

Ben Nind is currently the Executive Director of the Giant Mine Oversight Board. He was appointed to the Board of the Canada Council for the Arts for a four-year term effective April 5, 2017 to April 4, 2021. 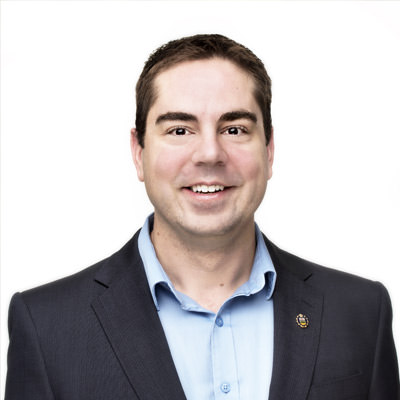 Albertan Karl Schwonik has had an extensive career in the arts, education and entrepreneurial sectors. In 2008, he founded the Wetaskiwin Jazz Society (WJS), a non-profit organization dedicated to bringing education to rural Alberta. While serving as President and Artistic Director, the WJS’s programs reached nearly 20,000 rural students, and collaborated with stakeholders ranging from local small businesses to international banks and multinational energy companies.

Karl has served on a plethora of boards, including appointments to the Government of Alberta’s Alberta Foundation for the Arts, and Travel Alberta. In addition to teaching and working at several prominent post-secondary institutions, Karl currently serves as an Associate Dean at Medicine Hat College. He has completed studies in music, business, and arts leadership at Cambridge University, the University of Toronto, McGill University, and the University of Calgary.

Karl has also received numerous awards and honours, including a Lieutenant Governor of Alberta Arts Award, a Queen’s Jubilee award, and grants from both the Canada Council for the Arts and SSHRC. He was also named one of Calgary’s Top 40 under 40 by Avenue Magazine. 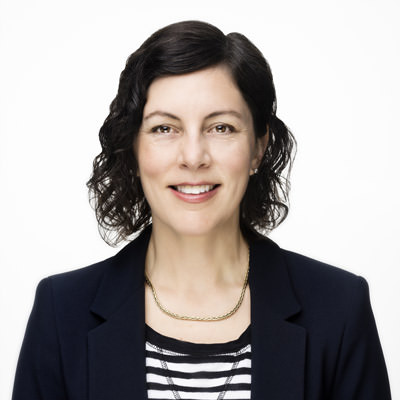 Kim Spencer-Nairn is a chartered professional accountant with expertise in arts entrepreneurship and management. Born in Montréal and raised in Vancouver, she spent four years studying with the Royal Winnipeg Ballet’s Professional Division before pursuing a career in finance. She worked for KPMG and Ernst & Young providing audit, accounting and taxation services to music and film clients.

Kim is the Founder and Board Chair of the Capture Photography Festival in Vancouver. She is very engaged with the arts communities in Vancouver and across British Columbia as an arts patron and advocate. She has held volunteer committee and fundraising roles with the Vancouver Symphony Orchestra, the Vancouver Art Gallery, the Museum of Anthropology and the Okanagan Symphony Orchestra, and she is currently pursuing a master’s degree in Arts and Cultural Enterprise from Central Saint Martins in London, England.

Kim Spencer-Nairn was appointed to the Board of the Canada Council for the Arts for a four-year term effective October 30, 2018 to October 29, 2022. 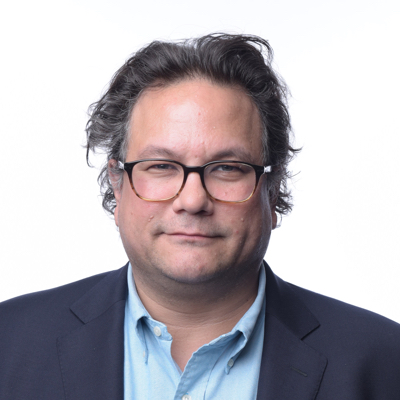 Jesse Wente is an Ojibwe writer, broadcaster, producer and speaker. Born and raised in Toronto, his family hails from Chicago and the Serpent River First Nation. Jesse is best known for his 22 years as a columnist for CBC Radio’s Metro Morning, and he spent 11 years with the Toronto International Film Festival (TIFF)—the last seven as the Head of TIFF Cinematheque.

Jesse is currently co-producing his first film, a screen adaptation of Thomas King’s best-selling book The Inconvenient Indian. An outspoken advocate for Indigenous rights and First Nations, Métis and Inuit art, he has spoken at the International Forum of Indigenous Peoples, Smithsonian’s National Museum of the American Indian, the Canadian Arts Summit and numerous universities and colleges. Jesse currently serves on the board of the Toronto Arts Council and was recently named the inaugural recipient of the Reelworld Film Festival’s Reel Activist Award. He just started a new role as the first director of the Indigenous Screen Office in Canada.

Jesse Wente was appointed to the Board of the Canada Council for the Arts for a four-year term effective April 5, 2017 to April 4, 2021.