The Trade of Culture and Sport Products (TCSP) are timely estimates of the international and inter-provincial trade of culture and sport goods and services made possible through a joint initiative of Statistics Canada and a number of partners, including the Canada Council for the Arts, Canadian Heritage, and others.

The TSCP is an extension of the Culture Satellite Account (CSA), an accounting framework developed to measure the economic importance of culture (including arts and heritage), and sport to the Canadian economy.

Data are extracted from administrative files and derived from other Statistics Canada surveys and other sources.

Key highlights from the Trade of Culture and Sports Products, 2020, released in October 2022 include: 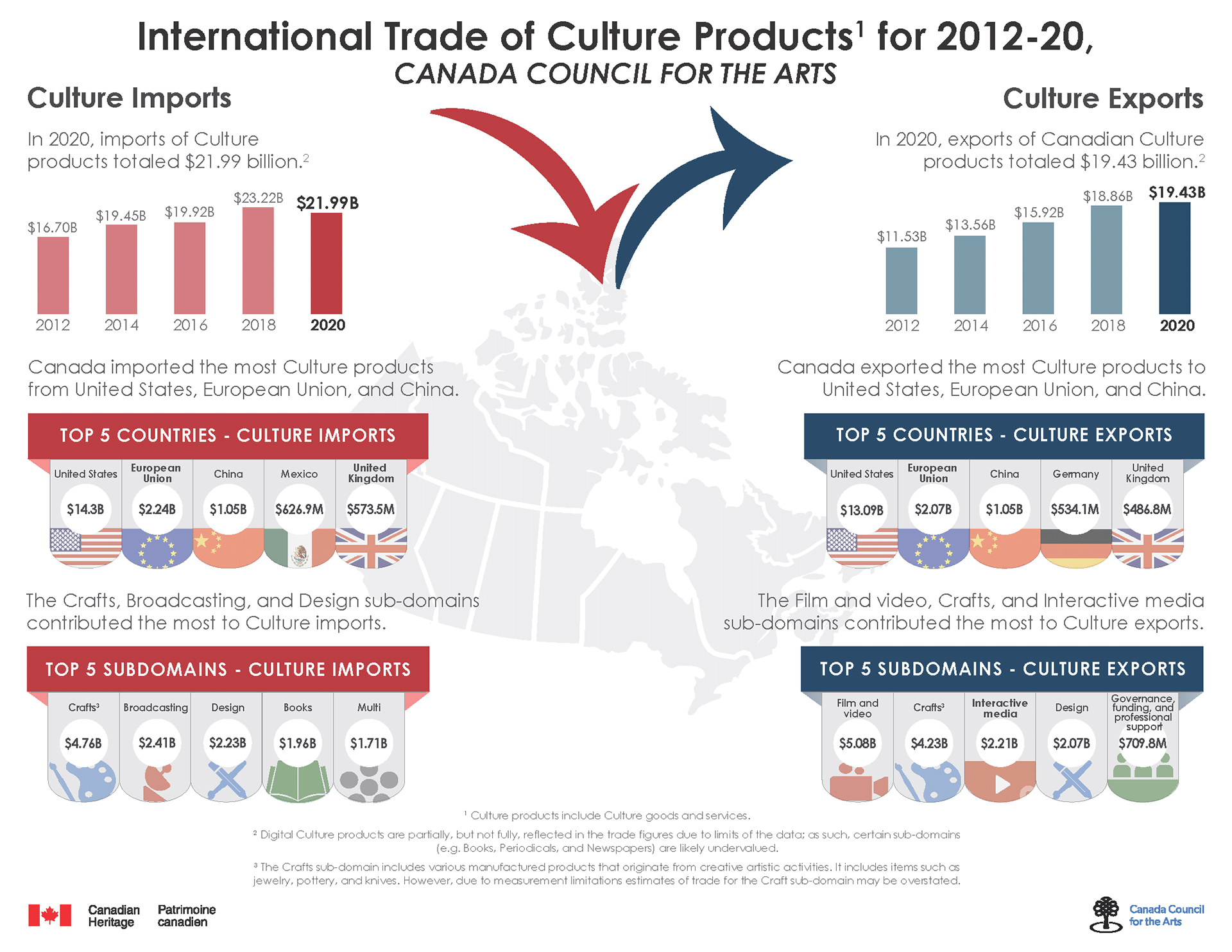 Description of the infographic: International Trade of Culture Products for 2012-2020

International Trade of Culture Products1 for 2012-2020

Canada imported the most Culture products from the United States, European Union and China.

The Crafts, Broadcasting, and Design sub-domains contributed the most to Culture imports.

Canada exported the most Culture products to United States, European Union and China.

The Film and video, Crafts, and Interactive Media sub-domains contributed the most to Culture exports.

Digital Culture products are partially, but not fully, reflected in the trade figures due to limits of the data; as such, certain sub-domains (e.g. Books, Periodicals, and Newspapers) are likely undervalued.

The Crafts sub-domain includes various manufactured products that originate from creative artistic activities. It includes items such as jewelry, pottery, and knives. However, due to measurement limitations estimates of trade for the Craft sub-domain may be overstated.

The Daily: Trade of culture and sport products, 2020