Artists play a leading role in sustaining the vitality of our communities. They bring people together to address local concerns – often with a global impact. Several of the Canada Council’s New Chapter projects exemplify this. With community at their core, they spark reflection and action on a broad range of issues from food sustainability and community development, to sustaining local knowledge and culture.

Earlier in August, Quebec City’s Productions Rhizome began its project Vocalités vivantes. This cinematographic and poetic journey brings together artists and the public to celebrate Francophone culture and language. A caravan of poets, filmmakers, artists and linguists has departed Quebec and will travel between Nova Scotia to Saskatchewan, collaborating with local citizens and artists at each stop on the tour. The poem Le Vivant by Carl Lacharité, presented with audio artist Érick d'Orion, is being used as a catalyst for community collaboration, exploration and celebration, from now until March 2018. 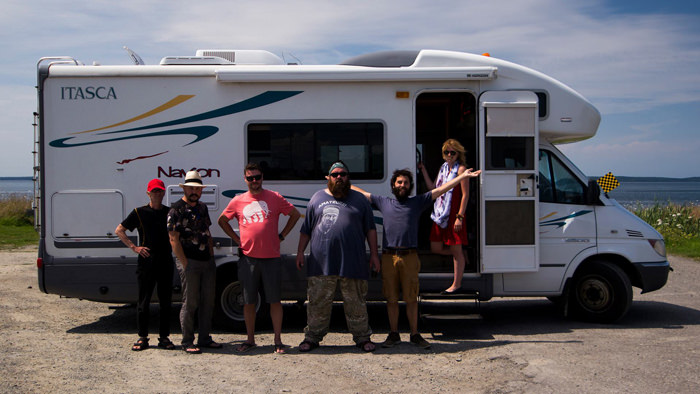 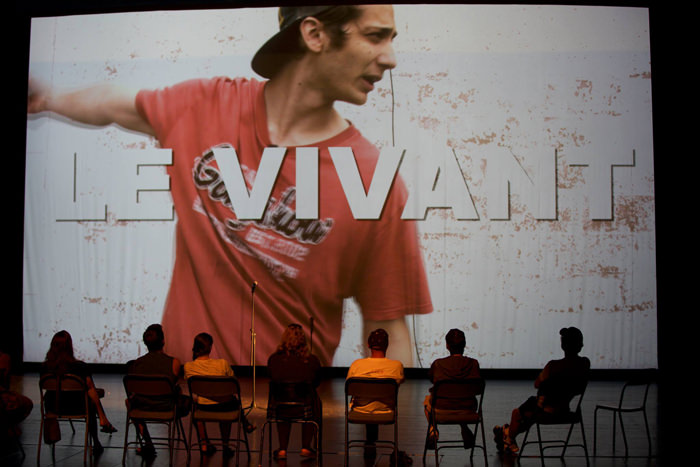 Marking the culmination of the tour in the Maritime provinces Photo: Jean-Yves Fréchette

A Caterpillar trencher used to build the Alaska Highway has been reconstructed and reborn as a public art sculpture in Dawson Creek, BC. The work was created by a group of artists under the leadership of internationally-renowned First Nations artist Brian Jungen and the Peace Liard Regional Arts Council. Emergence marks 3 anniversaries: Confederation’s 150th, the Alaska Highway’s 75th and the Treaty 8 Agreements’ 118th. It invites us to reflect on the history of Peace Liard’s Indigenous and non-Indigenous people, and stands as a symbol of a community moving together towards deeper understandings. Unveiled on August 11th at NAR Park, or “Mile 0” of the Alaska Highway, it will remain on view until it rusts and returns to the earth. 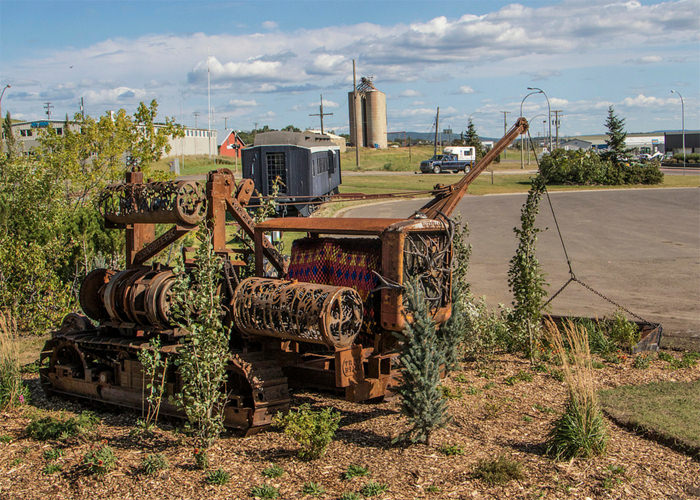 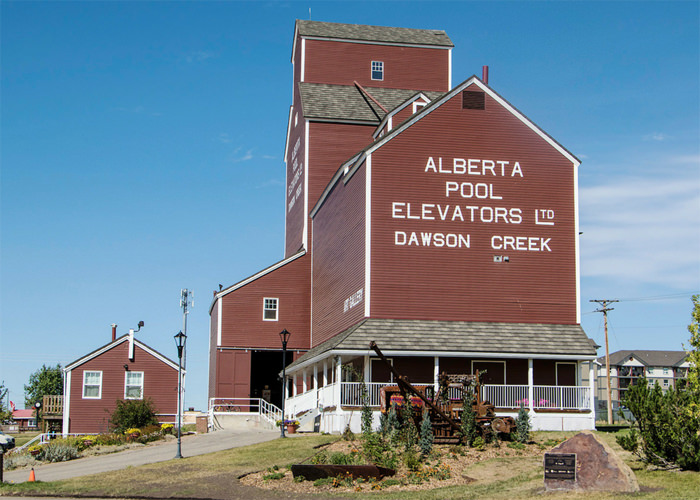 In September, artist Justin Langlois and Saskatoon’s AKA artist-run, in collaboration with CHEP Good Food Inc., will present Locals Only. Through this project, a mobile food service truck will serve up socially-engaged art and local knowledge in the culturally diverse neighbourhood of Riversdale. This Elder-guided, artist-designed and youth-operated project will address critical local issues such as food sustainability and gentrification, and will focus on community led resource development and intergenerational exchange. The project aims to encourage meaningful participation from community members and collaboration with local and national artists. It is ongoing until June 2019. 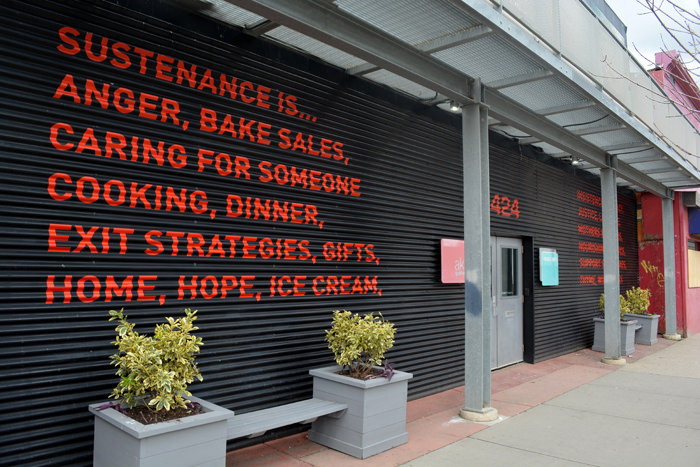 Justin Langlois, An incomplete glossary of sustenance, AKA artist-run, 2017

Montreal’s LA SERRE – arts vivants is several months into its project POSSiBLES, which merges art and civic engagement with a focus on sustainable community development. Through consultations with artists and local citizens, 12 major themes emerged, including economy, ecology, justice and peace. Each month in 2017 one of the themes is addressed by an artist through the creation of a new work. The works are presented, in collaboration with a creative partner, in unusual Montreal spaces unveiled only hours before the event. At the end of the year, LA SERRE – arts vivants will create an online platform and network, inviting others to share resources, approaches, projects, and ways of imagining a better future. 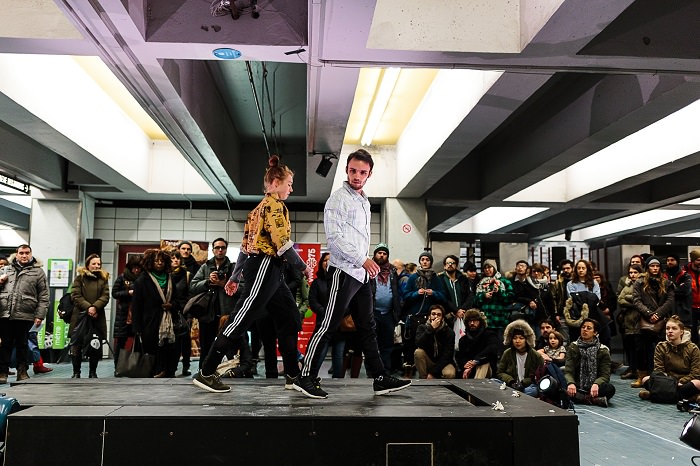 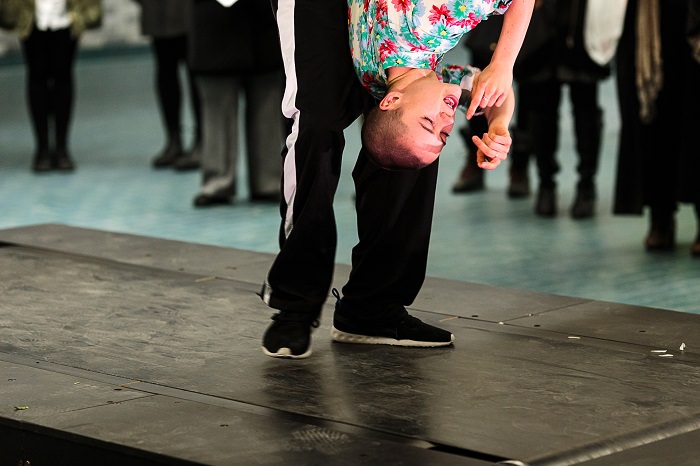 More New Chapter-funded projects with a community focus will be presented in the coming months and year, so stay tuned to your local arts scene, culture days is around the corner.

New Chapter is a one-time program created to mark the 150th anniversary of Confederation. Through this $35M program, the Canada Council is supporting 200+ exceptional projects that will leave a lasting legacy for communities across the country.