Connections, experience, love of the culture and our country: a powerful, unforgettable experience

Connections, experience, love of the culture and our country

Being part of Team Canada

Supernaturalz arrived in the Nice airport surrounded by people in red-and-white maple-leafed athletic gear. We often wear our own crew sweatshirts to events, but to see an airport full of geared-up Canadian competitors gathered at the baggage check was a memory I won’t soon forget. We didn’t just come as Supernaturalz to battle, we came as Team Canada, embarking on a mission to represent our nation in France. It was a unique and powerful feeling! The staff, artists and athletes all had a great energy that you could feel as we climbed the hill towards our residence.

The opening ceremony was a massive experience, as all artists and athletes took over the streets in a huge parade. We had street ciphers (dance circles) as we walked across Nice with other dance crews and a drumming group that was also performing at the games. The energy kept rising as Team Canada approached the stage, holding Canadian flags in front of thousands in the city’s main courtyard, and later to be addressed by the French President.

Although this was our first official international games experience, each year, we represent Canada on many stages around the world. So, we know it is not always about winning but the connections, love and respect you build between nations and artists.

As it turned out, while many people at the event picked us to end up in the finals versus France’s Pockemon crew, we ranked 12th in showcases and did not make it into the battle portion of the event. Previously, there had been a tense cipher battle with a couple members of our Supernaturalz crew versus France’s Pockemon crew in another international dance event that year. Backstage at Jeux de la Francophonie – there was a call-out battle – not staged, just organic - no words were spoken, just movement. Ultimately, moves were thrown down on the floor for respect and to represent each artists own style. It was a good battle! We might not have won the competition gold, but we represented our Canadian style in the authentic tradition of the bboy dance, in the cipher, for the love and respect of our culture. 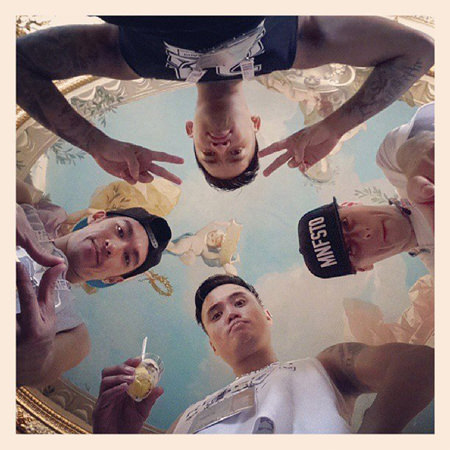 It’s everything and more

After the event reached the finals in the competition, it was Congo that came to win as they dropped a massive double back flip in the finals that made the entire audience and artist group get to their feet screaming as they edged out the Pockemon crew from France in the finals. That night, we hung out with the dancers from Lebanon and Morocco and went Salsa dancing in Nice, and later went back to the residence weaving through the narrow beautiful laneways of Nice.

Even though our crew didn’t represent to the level we had hoped in the competition, the connections, the experience, the love of the culture and our country shone through to make this a powerful unforgettable experience. At the closing ceremony the Canadian team staff asked us to carry the Canadian flag through the field and let us keep the flag. I still keep this flag as a memory of Nice, the games and of how the dance brings people together, not just to compete for gold, but to share love across the globe for our culture and artists. 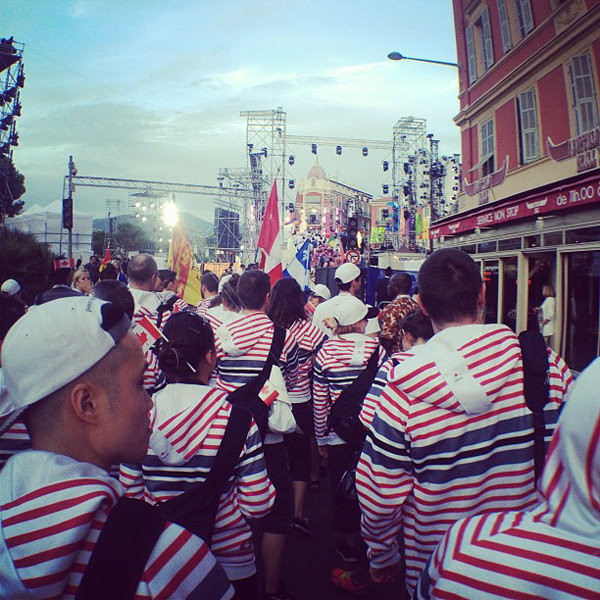