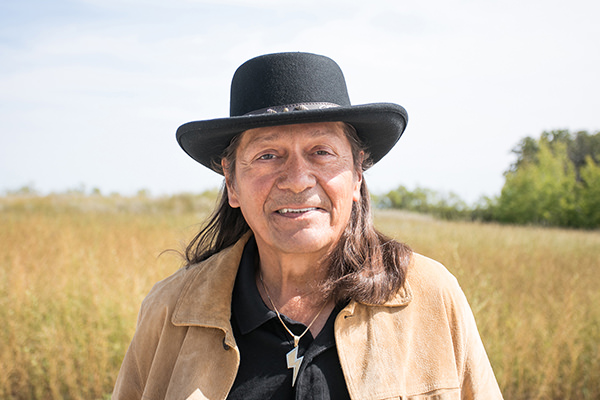 Errol “C-Weed” Ranville’s great-great-great grandfather escaped the Dakota War of 1862, fleeing to Canada and setting the stage for Ranville’s life, which he’s now getting down on paper.

A story about a life in music to inspire others

Ranville came from a family of nine kids plus a cousin—all of whom lived in a one-room, dirt-floored log cabin with their parents. He grew up to become the founder of the C-Weed Band, make top records, and tour North America. A few years ago, he began to consider the idea of writing an inspiring book about his life.

Ranville organized the book around his 50-year music career, with thematic sections that weave together his career and personal relationships. The autobiography was a joint effort with writing collaborator John Einarson and Indigenous content editor Grand Chief Garrison Settee. Ranville hopes the book, once published, will further audience interest in his music and band, which plans to perform as the members enter their mid-sixties.