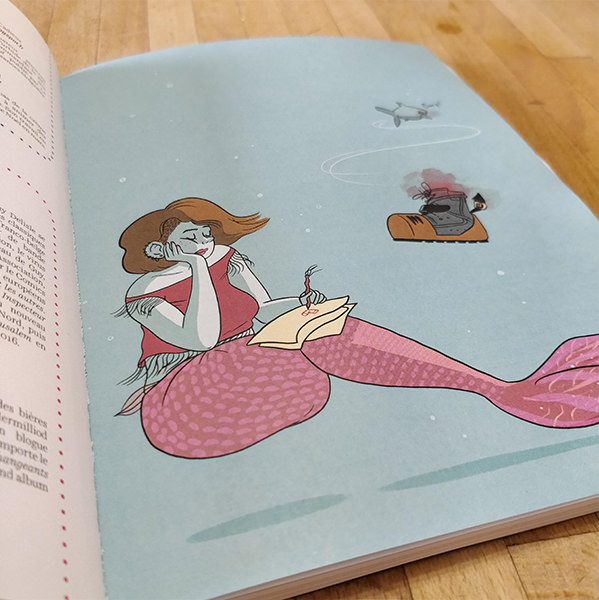 Inside page of issue 15 of PLANCHES, featuring an illustration by Aude Mermilliod. Photo: PLANCHES

Issues 14 and 15, released in 2018 and 2019, feature the work of literary cartoonists Aude Mermilliod and Guy Delisle, and contain some 10 original literary comics per issue.

A national and international showcase for literary comics from Quebec

PLANCHES promotes literary comics intended for an adult audience. It often features politically-engaged stories and progressive ideas. The team, which is very active online, also favours various forms of artistic creativity and seeks above all to transport their readers into a world rich with imagery.

Tagged As Stats and Stories Quebec