Producing and Touring Samuel Beckett’s Waiting for Godot in Inuktitut 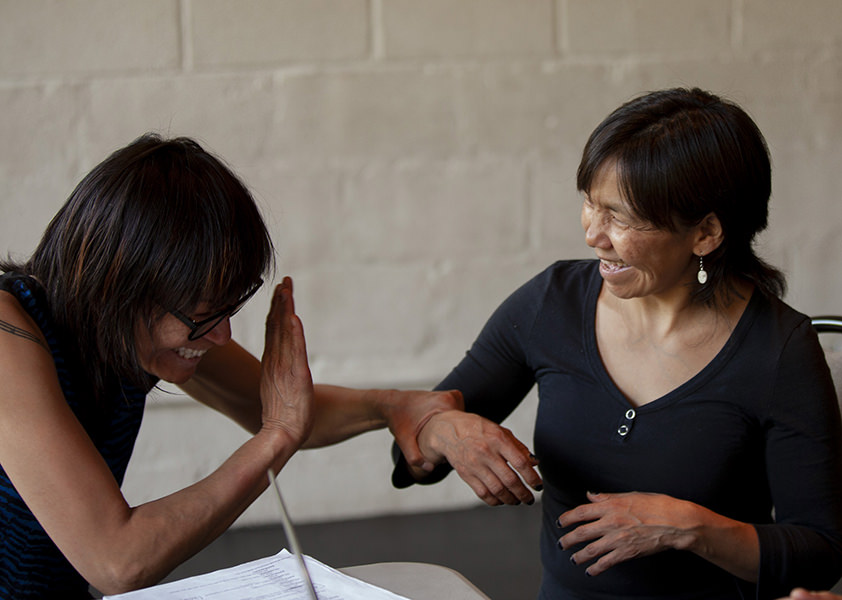 Inuit artists Tatanniq Lucie Idlout and Saqpinaq Carol Kunnuk, along with Volcano Theatre and Igloolik-based 662 OVA, are developing a production of Samuel Beckett’s masterpiece in Inuktitut for Canadian and international audiences.

Highlighting the parallels between Beckett’s story and Inuit in Canada

Tatanniq Lucie Idlout connected with Waiting for Godot at the age of 18, when she recognized her own story in the piece: Beckett grew up in a “colonized place with much poverty,” and wrote the play after living through the Second World War in occupied France. Idlout has referred to the play as “somehow the most contemporary Inuit story I know” for its relatability, speaking to issues like residential schools, suicide and environmental imbalance.

Idlout’s first step was to translate the play into Inuktitut—a labour of love for her and fellow artist Kunnuk, who had no financial assistance when they began this project. They were driven by the desire to share the story with Inuit who had never enjoyed the play in their own language. They hope to share their version with national and international audiences. Drafting, design and production have been ongoing in 2019, with the show scheduled to open in Nunavut in 2020.