The Carrefour initiative offers a residency for emerging, culturally diverse and/or Indigenous composers. In 2017, the Canada Council for the Arts launched Carrefour in partnership with the National Arts Centre Orchestra (NACO) to promote the advancement of unique voices in orchestral composition in Canada.

An internal assessment committee will select up to two composers every two years for the residency. Each composer will be commissioned to compose a work for chamber music in the first year, and an orchestral composition in the second. Each composer will spend six to eight weeks per season with the National Arts Centre Orchestra in Ottawa.

During their residency in Ottawa, composers will experience the day-to-day life of an orchestra, with access to NAC Orchestra rehearsals and concerts, as well as Canadian and international guest conductors, artists and composers, and other significant programming.

Each composer will also benefit from the direct mentorship of the National Arts Centre Orchestra’s Music Director, Alexander Shelley, the musicians and administration of the NAC Orchestra, as well as promotional and public engagement support from the Canada Council for the Arts.

The selected composers will also have access to the NAC Orchestra resources and library, and each commission will receive workshops in residency weeks beginning in year one.

The Carrefour Composers selected in 2020 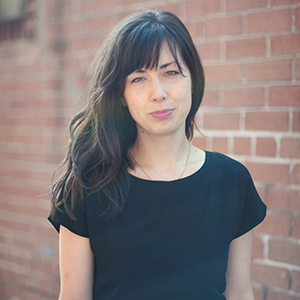 Keiko Devaux (b. 1982) is a contemporary music composer based in Montréal.

Her works have been performed in Canada, France, Germany and Italy by various ensembles including Le Nouvel Ensemble Moderne, Ensemble musica assoluta, Ensemble Arkea, Quartetto Prometeo, and Ensemble Wapiti among others. She regularly composes for diverse ensembles and collaborates with choreographers and filmmakers.

Her approach embraces a love of electroacoustic sounds and methodology by manipulating and distorting acoustic sound with digital tools, and then transcribing or re-translating these interpretations back into musical notation and the acoustic realm. Her interests include emotional experience and affect, auto-organizational phenomena in nature and living beings, as well as ‘genre blurring’ by layering and juxtaposing contrasting melodic/harmonic skeletal elements of highly contrasting sonic sources. The distortion of the temporal, frequency, and timbral attributes allows for blurring between traditional tonal sounds and more electroacoustic-inspired ‘noise’ gestures.

She has received numerous prizes and awards, including the Jan V. Matejcek New Classical Music Award (2019), the Rotary Club Siena Award for distinction in her master courses with Salvatore Sciarrino (2018), the OUM composition prize (2016 and 2018), and the Jury and Public prizes of the Accès Arkea competition (2017). Her composition Ebb, premiered by the Nouvel Ensemble Moderne, was nominated as Création de l’année for the 2017–2018 Opus awards, and her work Ombra was a finalist for the Prix du CALQ – œuvre de la relève à Montréal that same year. In 2019, she won the inaugural Azrieli Commission for Canadian Music. A $50,000 prize, it is the largest of its kind in Canada and one of the largest in the world.

From 2016 to 2018, she was the composer-in-residence with Le Nouvel Ensemble Moderne (Montréal). She is an associate composer with the Canadian Music Centre, the president of the board of directors of Codes d'accès, and a former organizer of the Montréal Contemporary Music Lab.

Originally from British Columbia, she began her musical career in piano performance studies as well as composing, touring, and recording several albums in independent rock bands. She holds a bachelor’s degree in music (composition) and a master’s degree in instrumental composition from the Université de Montréal. She studied under Maestro Salvatore Sciarrino at L'Accademia Musicale Chigiana in Siena, Italy (2017–2019). She is currently completing her doctorate in music composition and creation at the Université de Montréal under the direction of Ana Sokolovic and Pierre Michaud. 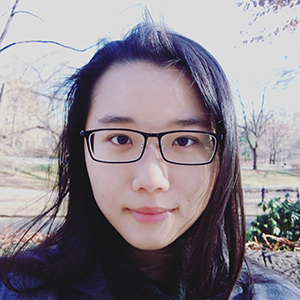 Chinese-Canadian composer Alison Yun-Fei Jiang (b. 1992) explores the intersections of genres and cultural ideologies by drawing inspirations and influences from an array of sources such as Chinese traditional folk music, film music, popular music, literature, Canadian landscapes, and Buddhism, creating music with epic melodic gestures in a lyrical, dynamic and colourful nature.

She has collaborated with ensembles such as the Toronto Symphony Orchestra, National Youth Orchestra of Canada, Civic Orchestra of Chicago, Esprit Orchestra, JACK Quartet, the Wet Ink Ensemble, Imani Winds, Molinari Quartet, Kaleidoscope Chamber Orchestra, American String Quartet, Quartetto Apeiron and FearNoMusic. Her music has been broadcast on CBC Radio 2 and performed in venues including Symphony Center (Chicago), Koerner Hall (Toronto), and the DiMenna Center for Classical Music (New York). It has also been featured in the Royal Conservatory of Music 21C Festival and the University of Toronto New Music Festival. Awards and recognitions have been received from ASCAP, the SOCAN Foundation, the Graham Sommer Competition for Young Composers, the American Prize and the International Alliance for Women in Music.

Alison is currently a Ph.D. candidate and Division of Humanities Fellow at the University of Chicago. She holds degrees in music composition from the Manhattan School of Music (B.M.) and New York University (M.M.).

Special Carrefour Commission: A unique opportunity for a third composer 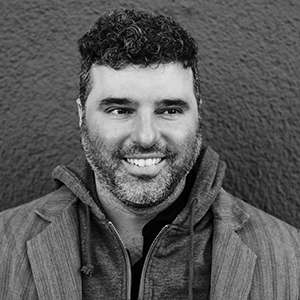 John Kameel Farah is a pianist and composer who shares his time between Berlin and Toronto. His work embraces aspects of early and contemporary music, improvisation, middle-eastern music and forms of electronic music.

Farah was born in Brampton, Ontario, to Palestinian parents who immigrated to Canada in the 1960s. He studied piano and composition at the University of Toronto, where he was a two-time recipient of the Glenn Gould Composition Award. After graduating, he took private lessons with minimalist composer Terry Riley in California, and focussed on performing 20th-century and contemporary music, as well as performing the complete solo piano works of Arnold Schönberg.

After many years playing in Toronto’s classical, jazz and experimental music scenes, he became fascinated with electronic dance music and started incorporating synthesizers, beats and samples into his work. In performance, he integrates the piano with synthesizers and computer effects processing and also incorporates elements of Middle Eastern tuning systems, scales and rhythms. He occasionally presents his side-project, “Music for Organ and Synthesizers,” looping and altering the pipe organ’s sound in combination with analog and digital synths in churches throughout Europe. While he primarily plays live solo concerts, he has lately taken to writing for larger ensembles, recently performing his own works with the Stuttgart Chamber Orchestra.

John is also a visual artist, creating intricate line drawings with ink, which he sometimes incorporates into his performances in projected animations and slideshows.

Collaborations have included several scores for Canadian choreographer Peggy Baker, Berlin’s early music choir Vox Nostra, as well as with astrophysicist John Dubinski, composing for animations of galaxy formations and collisions. In 2009, he became a member of the Canadian Electronic Esemble. Farah has casually described to his musical approach as “Baroque-Middle-Eastern-Cyberpunk” in reference to the myriad of styles he draws upon.

John is a brilliant and intriguing musician who brings together disparate musical worlds in a unique and compelling language of his own. His intelligence, thoughtfulness and courage to take risks guarantee that his music is both fascinating and engaging, and I am truly delighted that he has agreed to work with us on a special Carrefour commission. 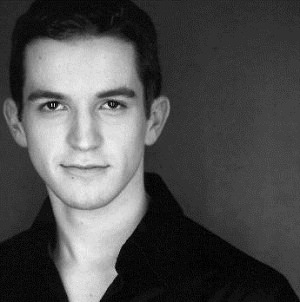 Ian Cusson is a composer of art song, opera and orchestral work. Of Métis and French Canadian descent, his work explores the Canadian Indigenous experience, including the history of the Métis people, the hybridity of mixed-racial identity, and the intersection of Western and Indigenous cultures.

Carrefour is a life-changing experience. Over the course of two years, I lived inside the NAC orchestra, working closely with its players, music director and administration. I learned how the orchestra as an organism functions, and most importantly how to write well for it. I can’t wait to watch the development of the next Carrefour composers and hear what they create in this unique program! 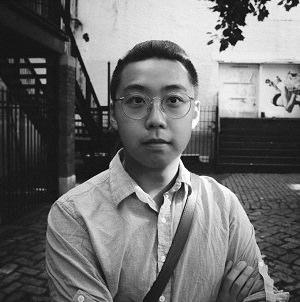 Remy Siu is a composer and new media artist of Hong Kong/Chinese descent based in Vancouver. His work involves the construction of automated and variable performance apparatuses that use light, sound, software, and the body.

The Carrefour composer-in-residence program provides composers with what they need to thrive: time, resources, and a supporting environment. The staff at the NAC Orchestra have gone above and beyond, helping me create a space to work and focus over the last two years. I wholeheartedly encourage composers from across the country to apply!


If eligible, your application to Carrefour will be assessed by an internal committee, which will consist of representatives from the Canada Council and the Music Director of the National Arts Centre.


In September 2015, Alexander Shelley took up the mantle as Music Director, leading a new era for the National Arts Centre’s Orchestra. Shelley has an unwavering reputation as one of Europe’s leading young conductors, notably as Chief conductor of the Nuremberg Symphony Orchestra, and most recently as the Principal Associate Conductor of the Royal Philharmonic Orchestra. Formed in 1969 at the opening of Canada's National Arts Centre, the NAC Orchestra gives over 100 performances a year with renowned artists, including Itzhak Perlman, Renée Fleming, James Ehnes, Emanuel Ax, and Yo-Yo Ma. The orchestra is noted for the passion and clarity of its performances and recordings, its ground-breaking teaching and outreach programs, and the nurturing of Canadian creativity. Since its inception, the Orchestra has commissioned 80 works, mostly from Canadian composers.