The 2019 Festival Internacional Cervantino (FIC) in Guanajuato, Mexico featured Canada as Guest of Honour Country and an exciting Performing Arts Program from Canada. 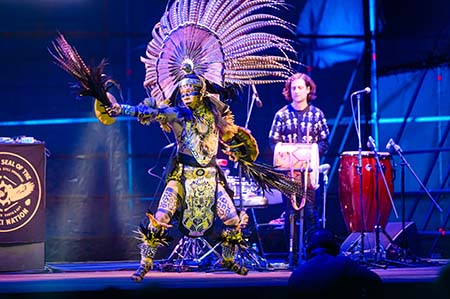 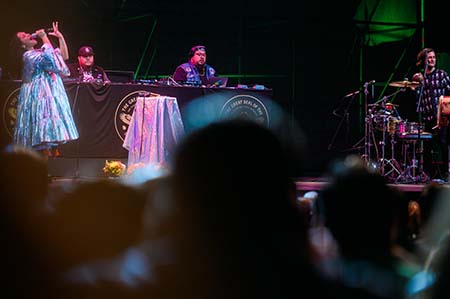 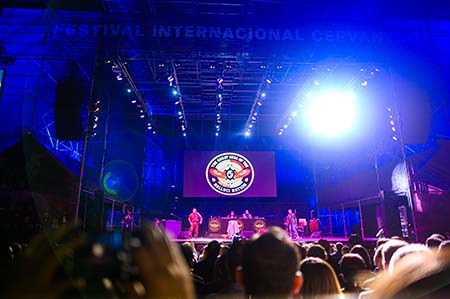 A Tribe Called Red performs at the 2019 Festival Internacional Cervantino

From day one to the closing of the festival, the audience experienced Canada’s arts scene as never before.

The opening night definitely kicked off the festival on a high note. In a breathtaking setting (the historic Alhóndiga de Granaditas) A Tribe Called Red and Lido Pimienta thrilled the crowd with a provocative multimedia performance, their performance enhanced by Indigenous dancers from both Canada and Mexico.

With Going Home Star – Truth and Reconciliation, the Royal Winnipeg Ballet offered not only a memorable ballet performance, but a reflection on the persistent impacts of Catholic residential schools on Indigenous peoples. It was a standout moment for the Mexican audience. 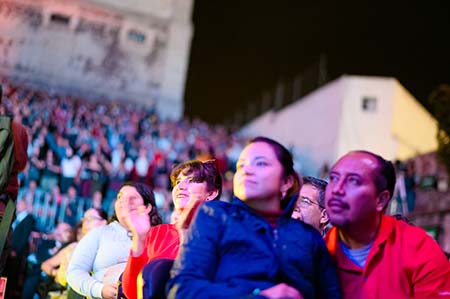 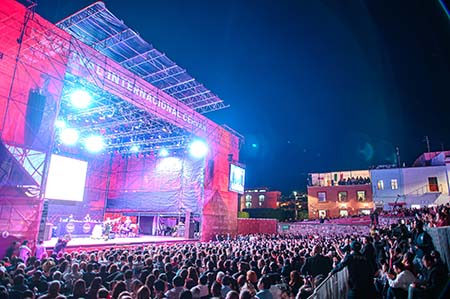 Various shots of the crowd on opening night

Over the course of three weeks (October 9–27), the Festival presented a diverse range of artists from across Canada. 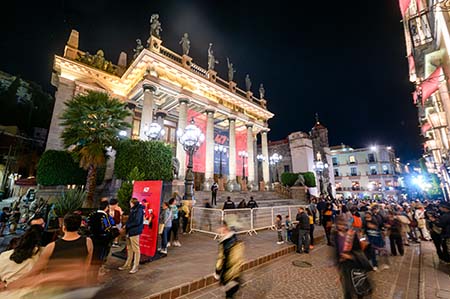 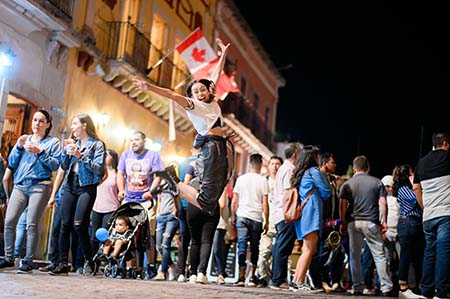 Various installations in the city 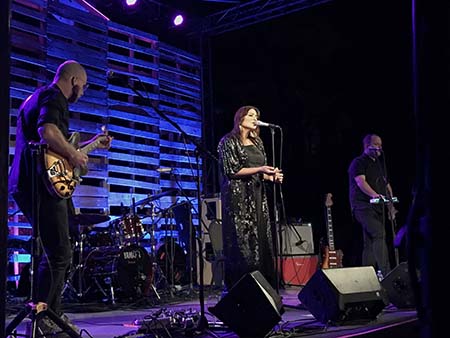 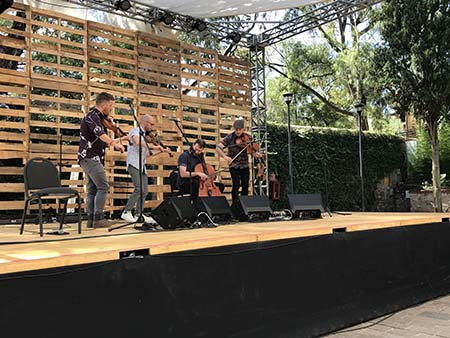 Photos of various indoor and outdoor shows.
For FIC’s Director, Mariana Aymerich Ordóñez, the overwhelmingly positive response from the public is a clear recognition of the quality of the shows presented. Connecting with the public is not always easy, but Canada showed it was possible with a unique set of performances. 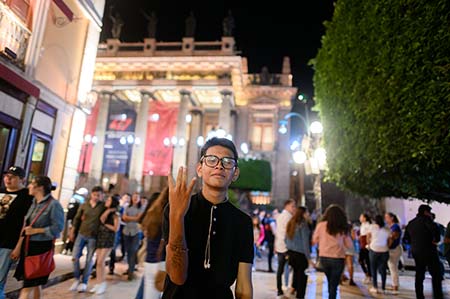 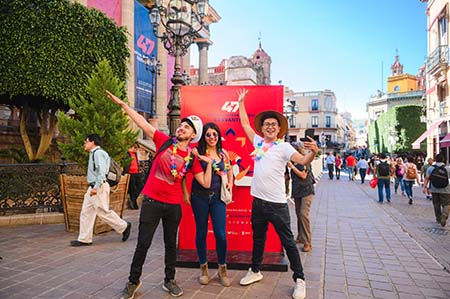 Festival-goers pose for photos at various spots in the city

Canada also encapsulated its essence through the programming at Canada House, which offered cultural and educational activities like interactive experiences, art exhibitions and film screenings. Canada House received an average of 1,000 visitors per day!

Canada’s presence at this huge international cultural event is the result of a conversation which began almost two years ago, at the very first Americas Cultural Summit organized by the Canada Council for the Arts, with Argentina’s Ministry of Culture and the International Federation of Arts Councils and Culture Agencies. At the Summit, the Canada Council and Mexico’s Secretaria de Cultura signed an agreement for a sustained and ongoing cultural relationship, which it is now renewing. With Mexico and Canada marking 75 years of diplomatic relations in 2019, both countries are committed to strengthening their cultural relationship.

See the vibrant images of the Festival on instagram.com/canada.council/

The Canada Council has been a driving force for the development of the performing arts program from Canada.

The Canada Council for the Arts is proud to support Canada’s participation as guest country at the 2019 Festival Internacional Cervantino in collaboration with our partners, Global Affairs Canada and the Embassy of Canada in Mexico. 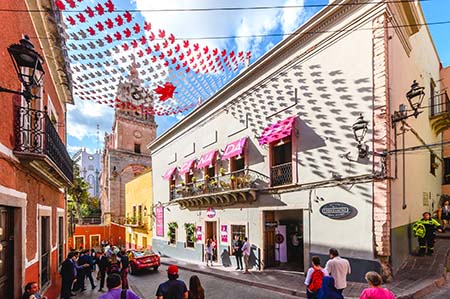 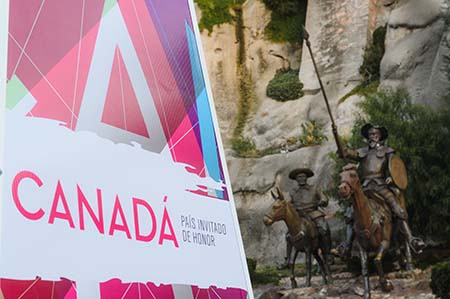 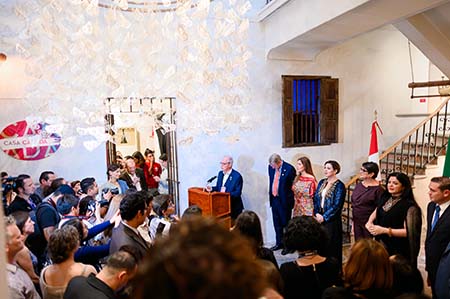