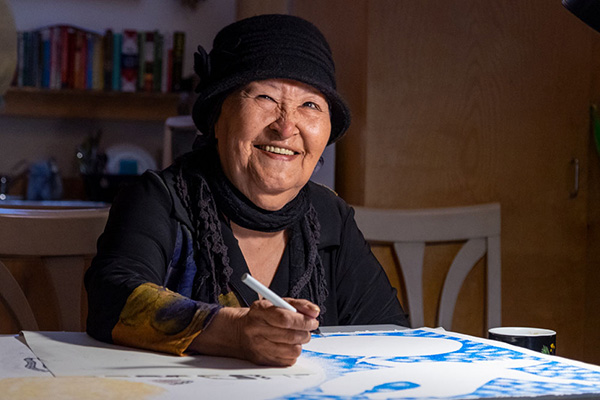 The Governor General’s Awards in Visual and Media Arts pays tribute to Germaine Arnaktauyok’s remarkable career and her efforts to maintain the vitality of Indigenous visual arts.

Nunavut-born artist Germaine Arnaktauyok’s career has been outstanding. For 60 years, she has depicted the Arctic world’s oral traditions in a realistic style, bringing her subjects back to the human experience. Always active, she has traced her own visual language and made a remarkable contribution to Inuit art in the process. With her unique take on her culture and women, she is a true inspiration for up-and-coming artists.