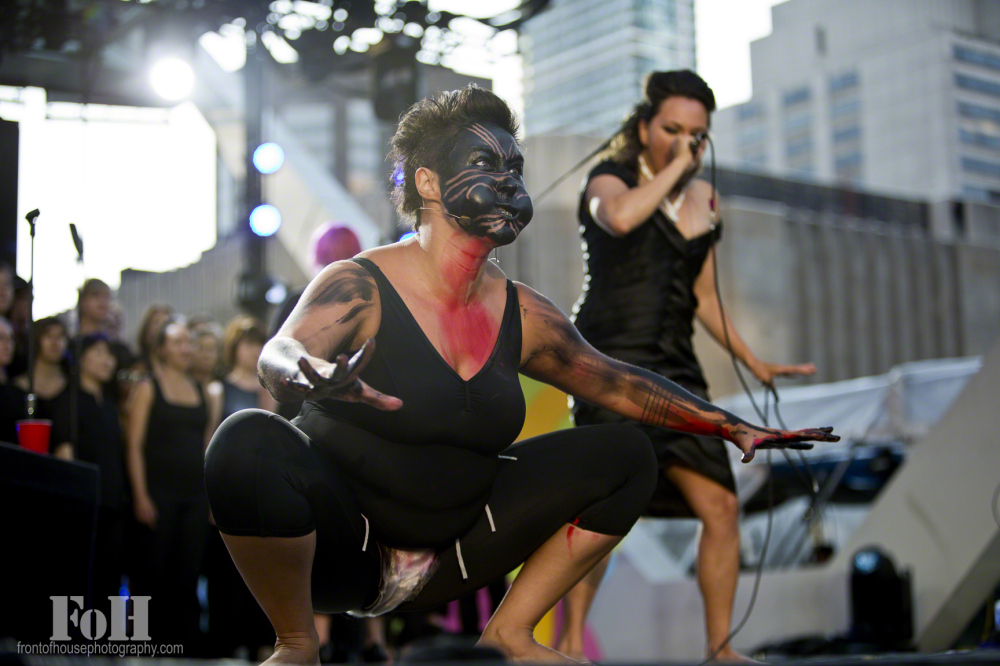 In this post Tarah Hogue gives an update on #callresponse, a socially-engaged work that brings together 5 site-specific art commissions across the country and uses social media and a dedicated project website to connect the sites and generate discussion. The project is one of 6 funded through the Reconciliation initiative made possible through a partnership between the Canada Council, the J.W. McConnell Family Foundation and The Circle on Philanthropy and Aboriginal Peoples in Canada(The Circle).

Taanishi Tarah dishinihkaashoon. Hello, my name is Tarah. I’m greeting you in the Michif language of the Métis people of Manitoba.

I’m learning Michif online from the Gabriel Dumont Institute of Native Studies and Applied Research, with audio pronunciation by Michif-language expert Norman Fleury. It’s one example of how the internet can be a wonderful tool for Indigenous Peoples to reconnect to our culture, histories and languages. As Jarrett Martineau, Creative Producer of RPM.fm (Revolutions Per Minute), a global platform for Indigenous musicians, has said: Much Indigenous media work is about building community, asserting our strength, taking charge of representation and control for ourselves. 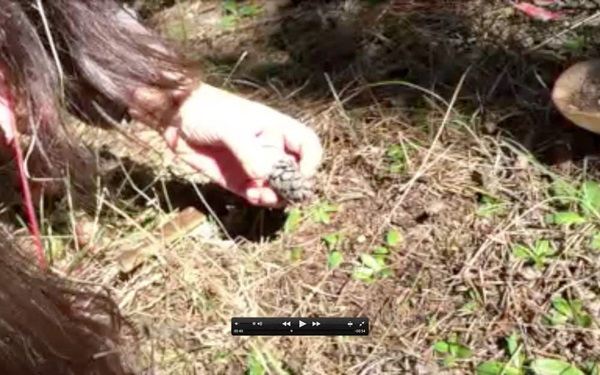 The “situatedness” of Indigenous artists

I’m writing this blog post from the traditional, unceded and ancestral Coast Salish territories of what is now Vancouver, BC. I’ve been living in these territories since 2008 but was born in Red Deer, AB to a Dutch mother and a French/Métis father. Something I’ve learned living with Indigenous people here on the West Coast is the importance of stating where you come from – of situating yourself within a history, your community, family and place. Doing this grounds your thoughts. It names who you are responsible and accountable to in your actions.

#callresponse is a project that is very much connected to this idea. It places the work of First Nations, Inuit and Métis women and artists in a central location, giving proper respect and support to their roles as knowledge keepers, mothers, grandmothers, sisters, aunts, friends, teachers and creators. In this way, the project also stands against the history of colonization, dispossession and violence that has and continues to be unevenly enacted upon the bodies of Indigenous women as well as transgender and two-spirit people.

#callresponse places the work of First Nations, Inuit and Métis women and artists in a central location, giving proper respect and support to their roles as knowledge keepers, mothers, grandmothers, sisters, aunts, friends, teachers and creators.

Artists Christi Belcourt, Maria Hupfield, Ursula Johnson, Tania Willard and Laakkuluk Williamson-Bathory are all deeply committed to the communities where they live – and their artistic practices are often indivisible from this. The commissioned site-specific works created for #callresponse stem from the “situatedness” of the artists and the self-defined needs of the communities in which they circulate. 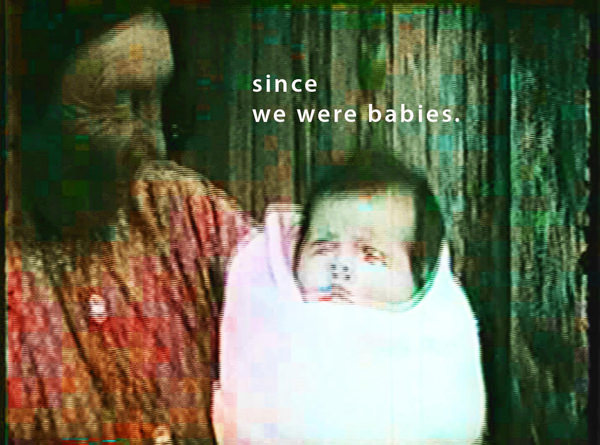 Tania Willard, Silence and Tongues, digital still from The Shuswap Indians of British Columbia  Photo: Harlan Smith (1928) and text excepted from Memories of the Kamloops Indian Residential School, as experienced by Irene Billy, Secwepemculecw, Land of the Shuswap

#callresponse recognizes this circulation – including the network of art institutions across the country – and the need to connect to one another across the vast expanses of land we inhabit. The project will include a website and social media accounts (see below) that will document the site-specific works and will be platforms for people to discuss the issues raised by the work. We envision that firsthand witnesses will Tweet, Instagram and Facebook about their experiences, and that those living in other parts of Turtle Island will respond. The result will be a collectively-created narrative around the importance of centering Indigenous women in re/conciliation, revitalization, resurgence – or however you choose to describe it. We’ve just launched the landing page for the site and are busy working on the full version, which will go live in spring 2016. 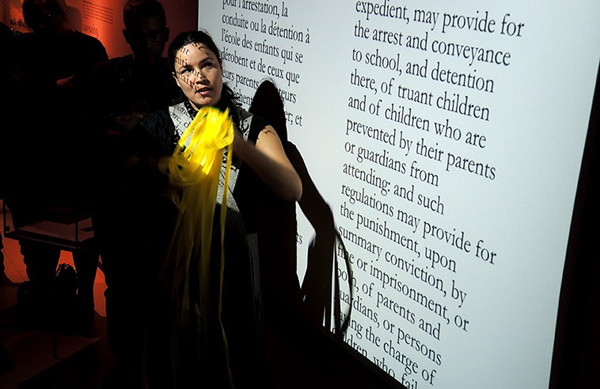 The first public presentation of the project will take place in February. That’s when when Ursula Johnson and Maria Hupfield will be in Toronto starting their #callresponse projects with the MONOMYTHS program with Progress Festival and FADO Performance Art Centre, curated by Jess Dobkin and Shannon Cochrane. Johnson will be collaborating with Métis/Cree artist and singer/songwriter Cheryl L’Hirondelle on Nikamon Ochi Askiy (Ke'tapekiaq Ma'qimikew): The Land Sings, an audio-based endurance performance created by Johnson as an apology to and recognition of the land. This will be the fourth visitation of the work, the first having occurred in Johnson’s home on Mi'kmaw territory in Nova Scotia. The fifth visitation will happen in Vancouver, B.C. around the opening of the #callresponse exhibition at grunt gallery on October 28, 2016. Like a song that spans from coast to coast, composed in collaboration with a new singer each visitation, it creates a powerful continuity and connectivity through music. 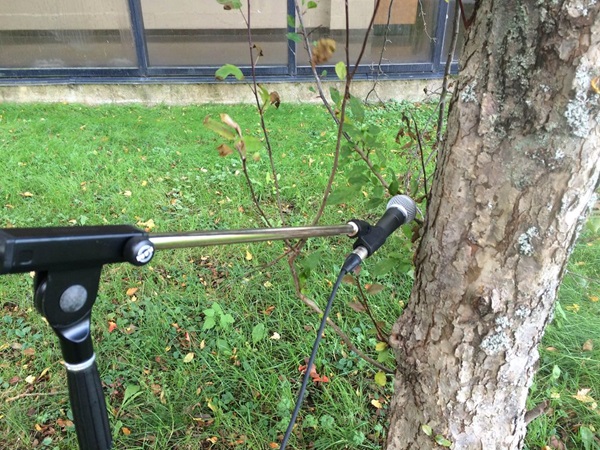 Following the performance, Hupfield will introduce and lead a performance discussion with Johnson and L’Hirondelle on how revitalization, collaboration, and the act of refusal are used in performance art to shape current dialogue on re/conciliation. The performance and conversation will be documented for the #callresponse website and will launch a conversation in Toronto in preparation for Hupfield’s upcoming performance in New York later this year. We are very excited about the partnership with FADO and to announce the other commissioned works in the near future. Stay tuned on the website and social media for these updates.

Tarah Hogue is a writer and curator of mixed Dutch French and Métis ancestry originally from the prairies. An uninvited visitor in Coast Salish territories, she works at grunt gallery as a Curatorial Resident and travels to Victoria as the Audain Aboriginal Curatorial Fellow with the Art Gallery of Greater Victoria. She is currently working on projects with grunt, the Morris and Helen Belkin Art Gallery and SFU Gallery, and has written recent texts for e-fagia, Presentation House Gallery, Artspeak and Decoy Magazine.