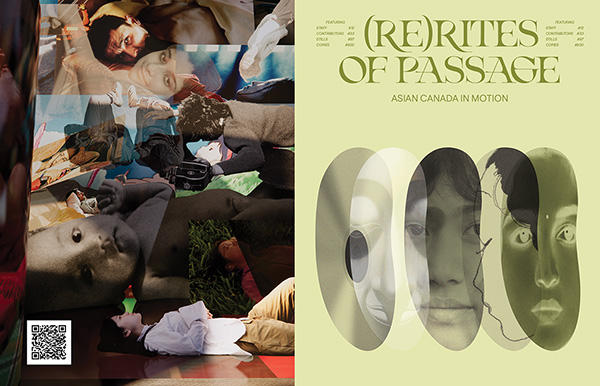 The Toronto Reel Asian International Film Festival has published a collection of film and media works by Canadian artists of Asian descent.

The team at the Toronto Reel Asian International Film Festival has published an anthology, titled (re)Rites of Passage, about Asian Canadian film and media arts. Released as part of the celebrations around the festival’s 25th anniversary, in November 2021, the anthology features remarks from filmmakers and conversations on experimental video arts, new media, virtual reality and augmented reality. It also pays homage to zines, which are a crucial part of sociopolitical movements in Asia and North America.

An educational tool for artists and researchers

The anthology is an educational tool for media artists, cinema aficionados and researchers. It is also an opportunity for people from various Asian communities across Canada, who may not yet ever have been able to attend the festival, to discover its content.