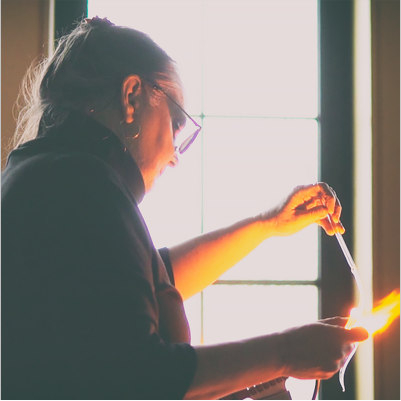 Susan Edgerley is an artist whose glass practice encompasses both large-scale glass and mixed media sculptures and installations. Her work has been exhibited in North America, Europe and Asia, and is included in museum, corporate, and private collections across Canada and the US.

The Saidye Bronfman Award is an honorary distinction a Canadian craftsperson can receive for excellence in the fine crafts.

$25,000 and the acquisition of works by the recipient by the Canadian Museum of History for its permanent collection.

Nominations must be submitted to the Council by a recognized expert in the fine crafts.

A peer assessment committee will select the recipients from among the nominations received.

In 2007, the Saidye Bronfman Award was placed under the banner of the Governor General’s Awards as a result of a $1.5 million endowment made to the Canada Council by the Samuel and Saidye Bronfman Family Foundation. It is the only prize reserved for artists and artisans working in the fine crafts.

Note that the updated guidelines will be posted two months prior to the deadline.

We are committed to equity in all our activities, including the administration of our prizes.