In 1996, Monique Léger and Anne Valois, Canada Council staff who were responsible for performance at the time, asked me to write a report on interdisciplinarity. Soon afterwards Claude Schryer, who inherited the interdisciplinary arts portfolio, invited me to Ottawa. And so it was that I came to be part of the creation of the Inter-Arts Office.

Despite our best efforts to define it, interdisciplinarity has always remained a fluid concept – “shifting sands,” as we described it in 1999 [1]. Under this heading we found works that called themselves ‘interdisciplinary’ as a discipline in its own right, and others that made their way through different mediums in collaborations between disciplinary artists. There were emerging disciplines, as was the case for performance and community arts. Finally, there were projects focused on concerns other than technical or disciplinary.

What happened was that the art world gradually opened up its disciplinary structure, bringing in new mediums and ways of practising and moving into new spaces. Art lost nothing of its power or inventiveness – instead the disciplines were just transient formations in the vast chaos of creative possibilities. In 2000, at a conference on interdisciplinary practices, Guy Laramée asked the question “Is interdisciplinary art a recent phenomenon, or is it an undifferentiated primeval space, a necessary condition for any artistic expression?”[2]

Disciplines are born and die, emerge or return to that “undifferentiated primeval space” that Laramée spoke of.

Recent history has proven him right. By opening up to other cultures and to unconventional 20th century experiences, we now realize that the classical disciplines are the agreed-upon, traditional modes of creative work, and that we can make art within any medium, form, method or context. Disciplines are born and die, emerge or return to that “undifferentiated primeval space” that Laramée spoke of. It’s as though there were a vast body of “possible art” in which cultures retain certain forms to the detriment of others. All the existing arts, occidental or foreign, can be deconstructed into basic “ideas” that can be “recombined” in an infinite number of ways. 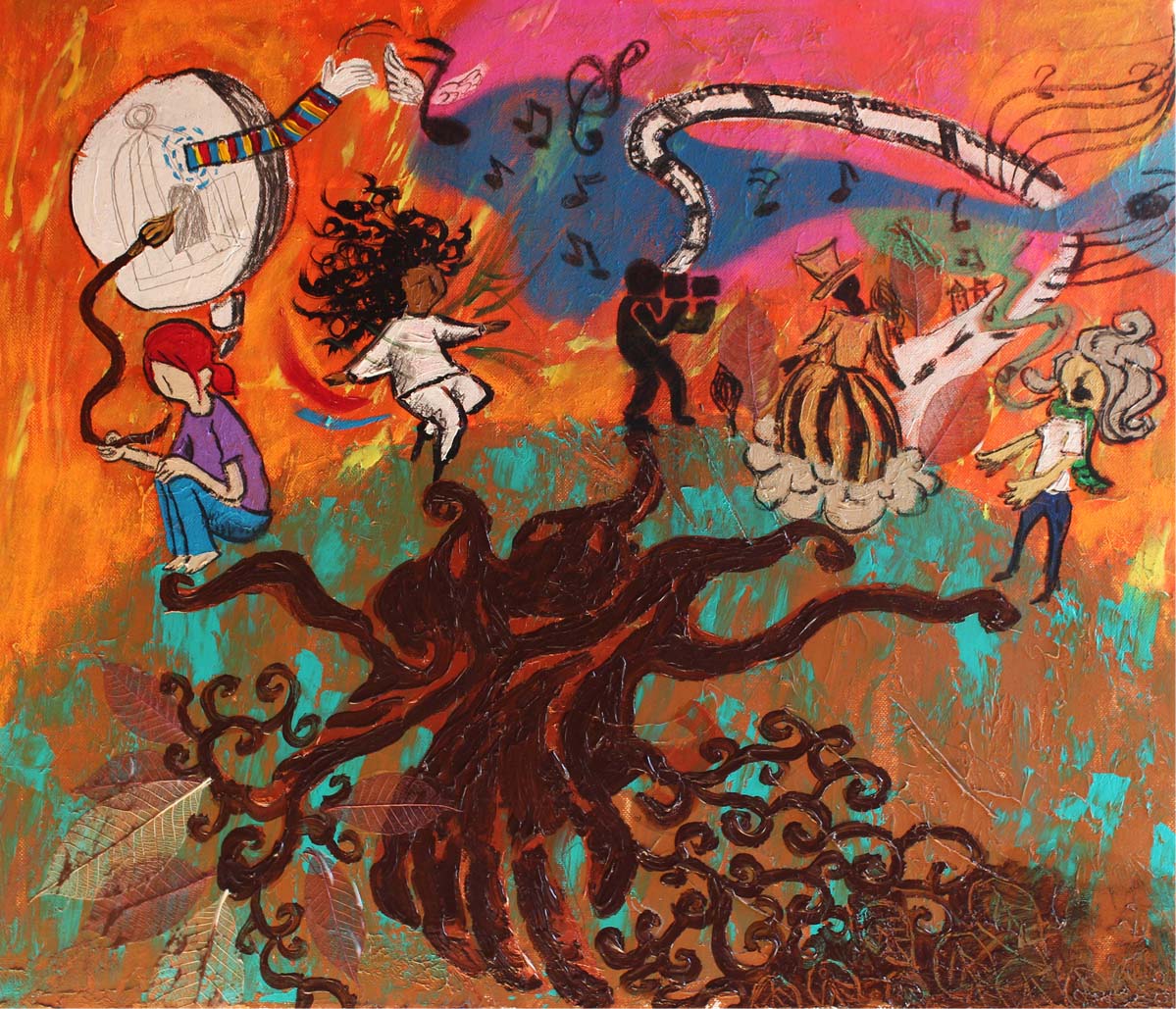 Art in the moment

Contemporary art, decompartmentalized and undergoing major shifts, operates with these basic units like so many pieces of Lego. No material, idea or technique is forbidden, but the components are organized according to a certain artistic “grammar” which – and this may come as a surprise – has remained relatively unchanged over time. Here, the word “grammar” is not intended to mean a set of rules that standardize artistic language, but rather a set of organizing principles presiding over the manifestation of the imagination in form and content.

"Contemporary juries now need to have more than disciplinary skills alone: they need to know the direction in which art is evolving, what is possible, new or promising, and above all, how to make art with objects from all parts."

Canada Council Director and CEO Simon Brault said that if the Council took the same approach that it had been using for the past 20 years, it should immediately create 50 new programs, and next year another 100 to tackle all of the issues that have been raised.[3] Instead of that, the Council is acknowledging the present and affirming the “arts unity” that has emerged at a time when, as we move toward globalization, all artistic concepts – traditional or completely new – have become accessible

We anticipated this mutation 20 years ago. Today, it is indeed the reality of the arts in Canada.

Danielle Boutet (MFA, Ph. D.) is a professor at the Université du Québec à Rimouski. She has an academic background in music, visual arts and creation research, specializing in interdisciplinarity and new art practices. She has contributed to the creation of interdisciplinary arts programs in the United States and Canada, in academic institutions as well as at the Canada Council for the Arts. She is also a composer, interdisciplinary artist and a member of CIRET (International Center for Transdisciplinary Research).

[3] Simon Brault: If we use the same approach that we have been using for the past 20 years, we should immediately create 50 new programs and at least another 100 programs next year to tackle all of the issues that have been raised. http://canadianart.ca/features/simon-brault-qa-rebranding-the-canada-council/
Back to top