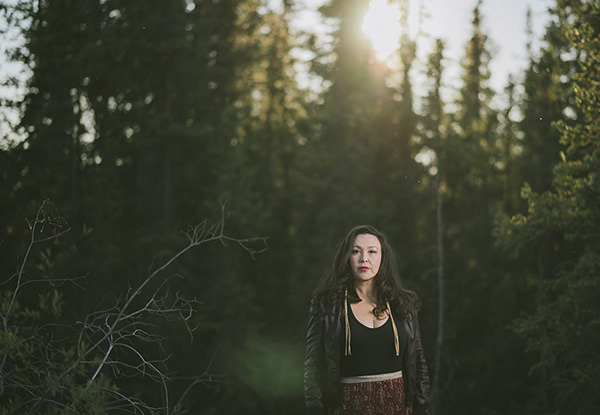 Inspired by her own experience learning her native Dene K’e, a language now spoken by only 800 people worldwide, musician Leela Gilday set out to help reclaim it.

Saving the sound of the Sahtu

Juno Award-winning musician Leela Gilday embarked on a project to protect her native language from slipping away. For the first time, she was able to write and record songs exclusively in Dene K’e, the language of the Sahtu Region of the Northwest Territories. Gilday believes the music will give others a novel way to experience Dene K’e, the sounds, melodies and rhythm of which are unique in the world.

Some of Gilday’s songs are contemporary; others are based on traditional forms, such as Dene love songs known as Etsula. She is also including songs for children, part of an effort to ensure young people can carry on the linguistic and musical traditions. In each song, Gilday tells northern stories—one of her priorities as an artist. The collection was recorded on the shores of Sahtu (Great Bear Lake), the birthplace of the language. Gilday plans to hold a community release of the music in early 2021.