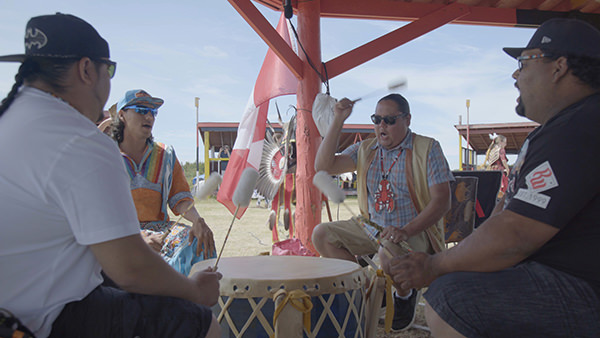 In 2019, documentary filmmaker William Butler used a Canada Council grant to work on the second film in a trilogy about drumming groups.

The first film in Butler’s series, MIMIKEJ, also focused on drumming, but explored the experiences of women. In this follow-up film, titled ETLTE'K (He Beats It), viewers are offered a glimpse into men’s relationships with learning and sharing songs. In particular, the film examines drumming through the lens of an individual man’s experiences.

A film to reflect on the past and revitalize Mi'kmaq culture

This film, like the other two in the series, has three purposes: to highlight the revitalization of Mi'kmaq culture; to examine the powwow world and its traditions; and to create stories that portray Indigenous people who, despite having faced many hardships, find joy and happiness in their lives. The trilogy is a response to the many powerful but sad stories related to experiences of the residential school system, the loss of culture and language, and the need to do more than survive.