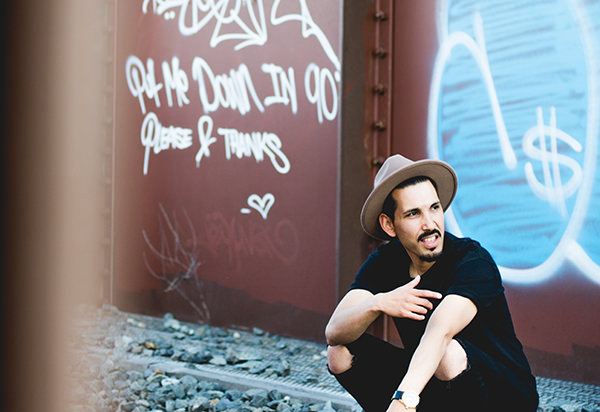 Dwight Farahat is a motivational speaker, storyteller, hip-hop artist, arts facilitator and social worker from Calgary who traces his family roots back to the Siksika Nation, Palestine, and Wales.

Farahat is spending a year running weekly rap cyphers with youth incarcerated in or released from the Calgary Young Offenders Centre. A cypher involves gathering in a circle to practise freestyle rapping. Farahat wants his cyphers to be safe spaces that reflect peace, love, unity, and having fun—the four fundamental values of hip-hop. His year-long program is structured into stages, from learning to cypher to planning album release strategies.

Creating work with and for youth

Farahat plans to create a 12-song album with the youth, with time set aside at the beginning of the process to teach  song structure and writing. The second half of his year-long program will be spent recording an album, creating a music video, and practicing a performance set. The project will wrap up with the development of artistic goals and action plans for the participants. Overall, the cyphers will help youth gain confidence in their freestyle rapping abilities, network with other artists, and learn how integral they are to their circles.