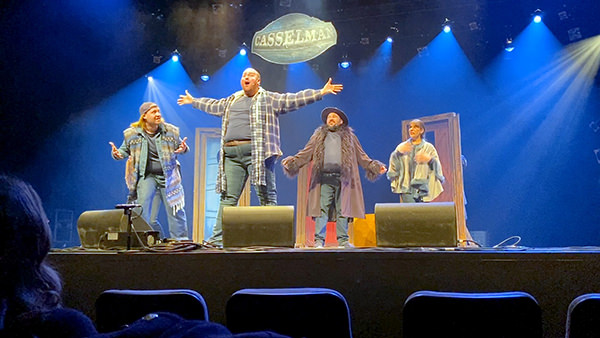 Still from video of Vaches, the musical, a Créations In Vivo production

With a backdrop of cows and an ice storm crisis, Créations In Vivo’s Vaches, the musical wins two awards at the Contact Ontarois showcase.

As the company likes to say, this is the first Franco-Ontarian Broadway-type show. The story takes place in Casselman, in eastern Ontario, during the 1998 ice storm. It features a farmer who is trying to save his cows while coming to terms with his daughter’s move to Toronto to work in the fashion industry. The show’s content appeals to both adults and school-age youth. The company also shot a 30-second promotional clip to attract other presenters.