Culture is an important contributor to the Canadian economy. In 2018, Canada’s cultural sector generated $56.1 billion and supported more than 655,000 jobs.

The Provincial and Territorial Culture Indicators (PTCI) are timely economic estimates of culture and sport in Canada. They are derived directly from the Canadian Culture Satellite Account (CSA), an essential statistical tool for understanding the economic situation of Canada’s cultural sector. They demonstrate the magnitude of the economic value of culture, thereby confirming the importance of investing in the cultural sector.

The Government of Canada, along with its consortium partners, has recently released new 2010–2018 data from the Canadian Culture Satellite Account (CSA).

Key highlights from the Provincial and Territorial Culture Indicators, 2018, released in October 2020

Notes on the methodology

The Culture Satellite Account (CSA) is an accounting framework developed to measure the economic importance of culture (radio, television, newspapers, magazines, etc.), the arts, heritage, and sport to the Canadian economy.

Statistics from the CSA are the result of a rigorous and transparent methodological approach based on a wide range of economic data and surveys that are only available from Statistics Canada. More information can be found on the Statistics Canada website.

The Gross Domestic Product (GDP) is one of the most widely reported estimates used to assess the health of economies. The GDP is the total market value of all final goods and services newly produced within the borders of a specific geographic region (e.g., often a country, or a province or a territory) during a fixed period. 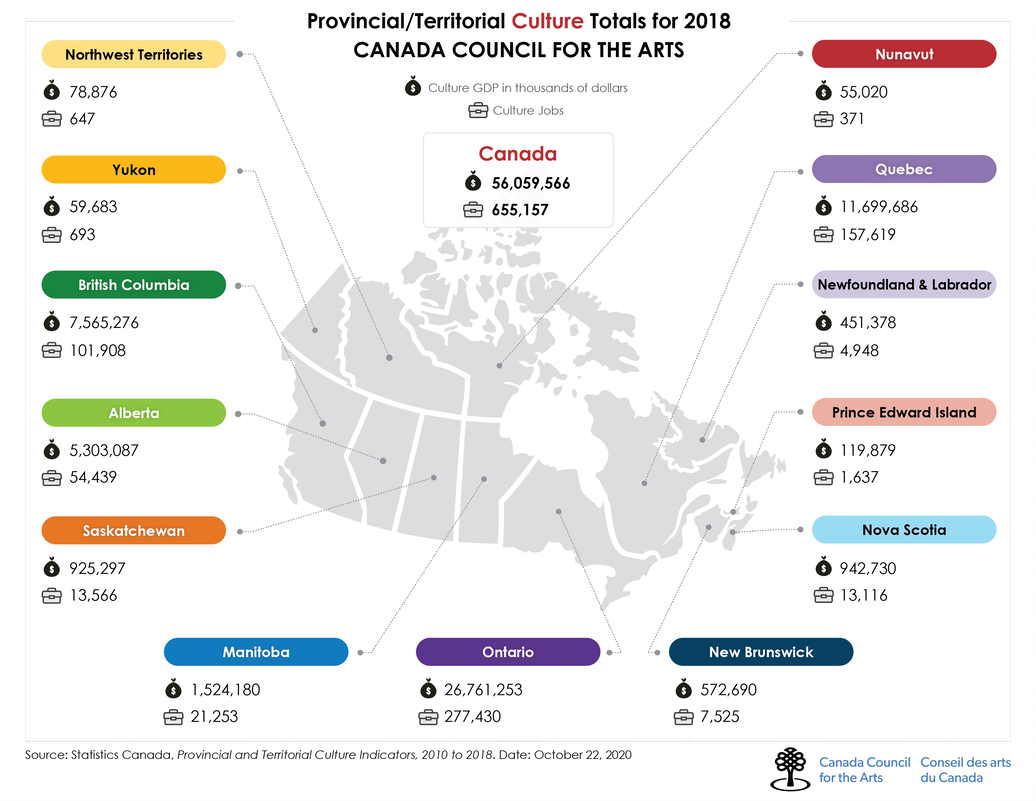 Description of the infographic: Provincial and Territorial Culture Indicators 2010–2018

Image of a map of Canada with lines connecting each province or territory to individual boxes. The boxes contain the names of the province or territory and corresponding statistical information.
Source: Statistics Canada, Provincial and Territorial Culture Indicators, 2018. Date: October 22, 2020. 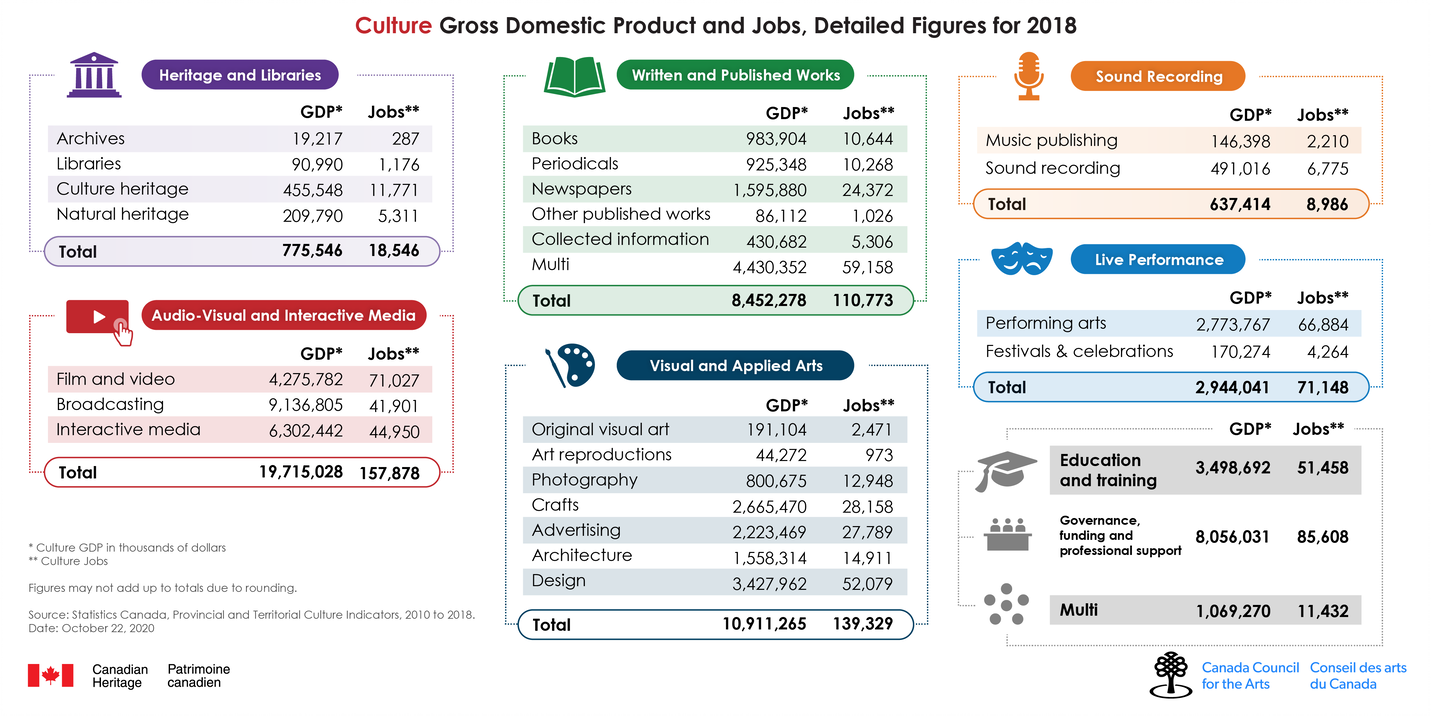 Description of the infographic: Culture Gross Domestic Product and Jobs, Detailed Figures for 2018

This infographic shows culture Gross Domestic Product (GDP) and job numbers by domain and subdomain for 2018.