The Provincial and Territorial Culture Indicators (PTCI) are timely economic estimates of culture and sport in Canada. The PTCI is derived directly from the Canadian Culture Satellite Account (CSA), an accounting framework developed to measure the economic importance of culture, the arts, heritage and sport to the Canadian economy.

Culture GDP in Canada increased 1.8% to $53.1 billion in 2017. As a proportion of Canada’s overall GDP, culture accounted for 2.7%. Culture GDP rose in eight of nine domains, including sound recording (+7.2%), audio-visual and interactive media (+2.4%) and visual and applied arts (+1.7%). Reflecting the diverse economies across the country, the contribution of culture to economy-wide GDP varied across the provinces and territories, from 1.3% in Saskatchewan to 3.3% in Ontario. 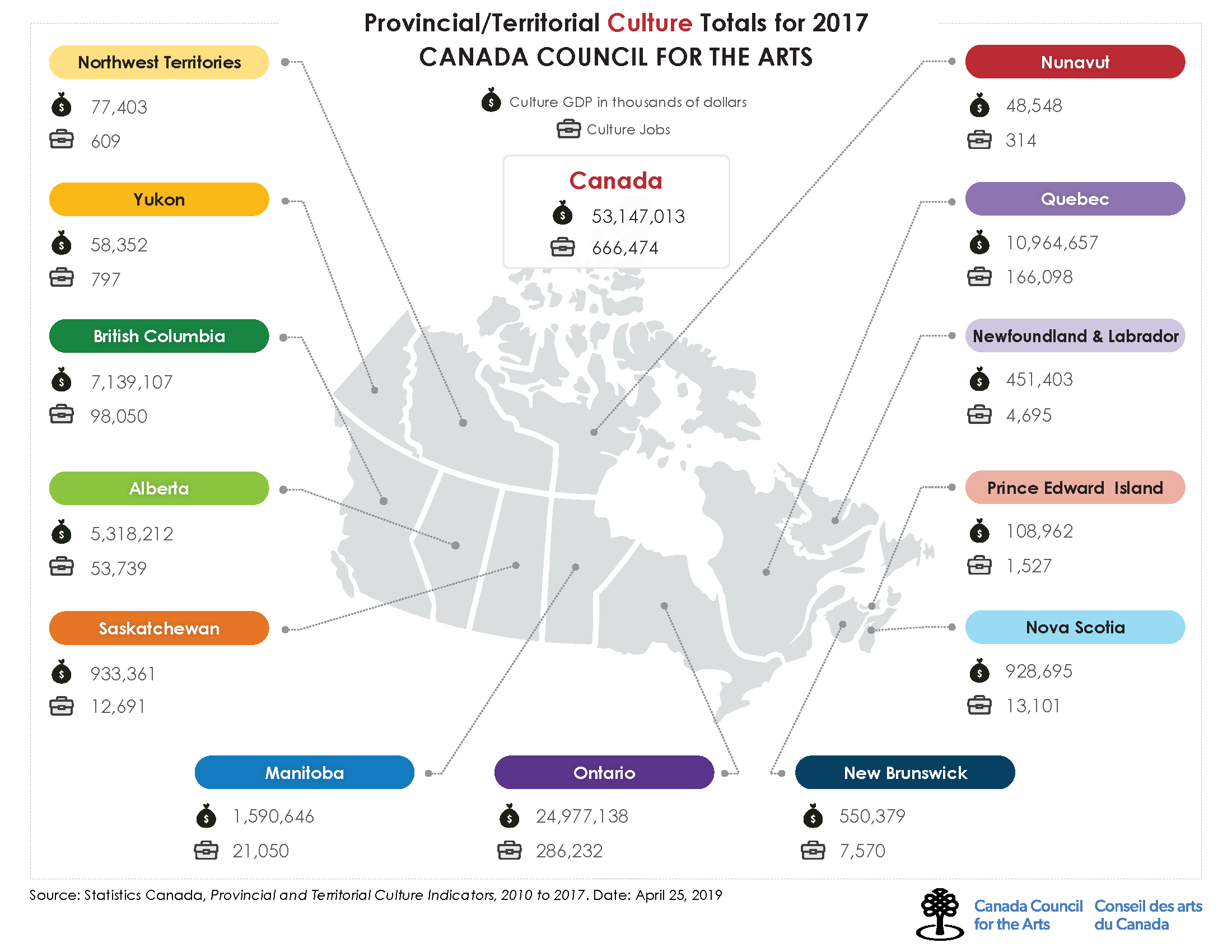 Description of the infographic: Provincial/Territorial Culture Totals for 2017