The Trade of Culture and Sport Products (TCSP) provides measures of the international and interprovincial trade of goods and services attributed to both culture and sport (inclusive of the arts and heritage). These data were developed as an extension of the Canadian Culture Satellite Account and the Provincial and Territorial Culture Satellite Indicators by providing additional information regarding the state of culture and sport for Canada, the provinces and territories.

The United States has remained Canada's largest trading partner for culture products, representing over 60% of both culture exports and imports. Other notable trading partners include the European Union and China, which account for over 11% and 4% of culture trade respectively.

Infographic on International Trade of Culture Products for 2010-17

The Cultural Satellite Account was developed by Statistics Canada with the support of a diverse group of partners referred to as the Culture Statistics Strategy Consortium which includes the Canada Council of the Arts. 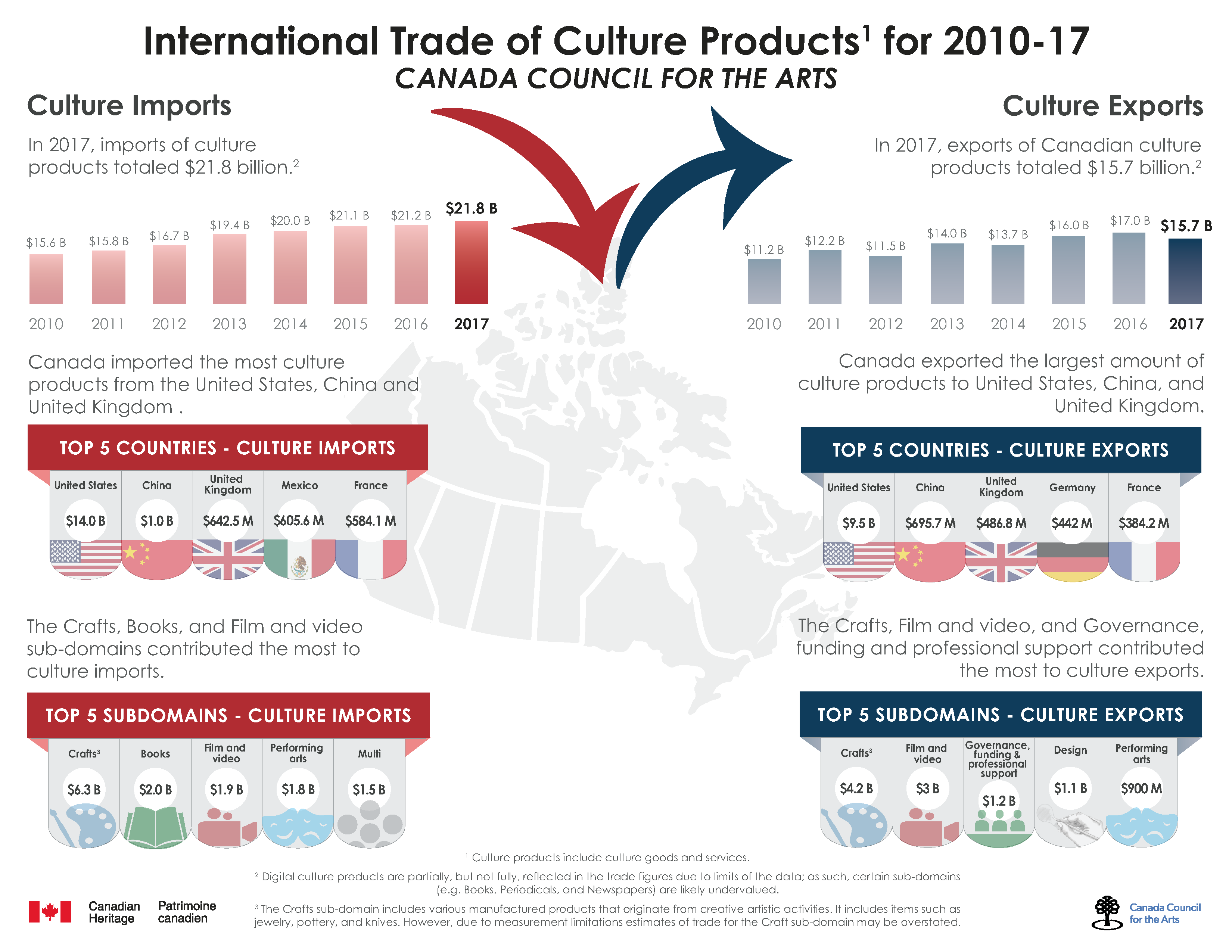 Description of the infographic: Trade of Culture Products for 2010-2017, Canada

Canada imported the most culture products from the United States, China and Mexico.

The Crafts3, Books, and Film and video sub-domains contributed the most to culture imports.

Canada exported the largest amount of culture products to the United States, China, and the United Kingdom.

The Crafts3, Film and video, and Governance, funding and professional support sub-domains contributed the most to culture exports.

Digital culture products are partially, but not fully, reflected in the trade figures due to limits of the data; as such, certain sub-domains (e.g. Books, Periodicals, and Newspapers) are likely undervalued.

The Crafts sub-domain includes various manufactured products that originate from creative artistic activities. It includes items such as jewelry, pottery, and knives. However, due to measurement limitations estimates of trade for the Craft sub-domain may be overstated.

The Daily: Trade of culture and sport products, 2017